KV5R wrote a nice article (Amp Interface) on building a solid state keying / relay interface for use with Icom rigs, using an SPST-NO MOSFET switch. I also have an Icom rig and an Ameritron AL-80B.

The nice thing about this is it's super simple, much faster than a mechanical relay and is opto-isolated.

I had ordered some parts for another project a while back, part of which was to rebuild the keying interface so I could key two devices. That project got shelved, but today I decided to rebuild the interface as originally planned since I had the stuff to do it.

Version 1 (with the heat shrink removed): 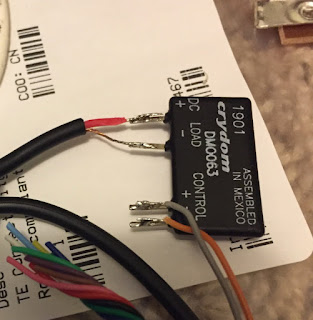 I had this hanging out the back of the rig, that was ok. 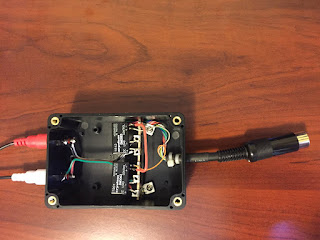 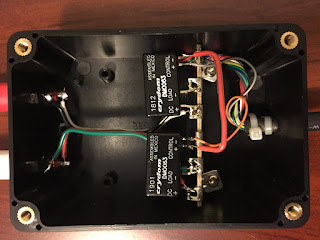 Only the orange and grey wires are used from the Icoms pigtail, the rest are just tucked out of the way.

The solid state switch's control voltage is 3 to 10V, but work ok from 12V. With two of them I wired them series for use with the rigs accessory jack which supplies 12V when keyed. With this I can independently key two separate devices with a closing current of 3A at up-to 60V each.