The GM 4T65-E transmission was produced between 1997 and 2011 and was used in many GM FWD vehicles with the Buick 3800 Series II V6 which is arguably one of the best engines ever made, but that is another story .. 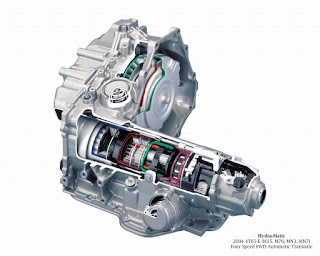 One of the most common problems is the P1811 code or 'hard shifting' after the transmission and engine reach normal operating temperature. Usually after coming to a stop and moving off again. My 2002 Chevy Impala happened to have this problem, which surfaced after I had the dirty transmission fluid flushed - is seems the dirty fluid hid this issue.
There are two options, one cheaper than the other:

Following the more expensive route this is what you'll need: 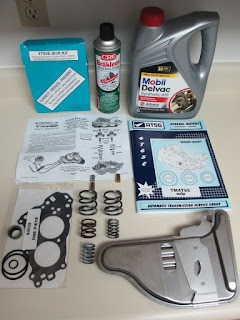 The TransGo shift kit also includes parts that can only be replaced during transmission rebuild. The first side of the info sheet as shown above is only relevant when doing this fix on the accumulators.

I spent a number of hours researching automatic transmission fluids and this is what I found:

Most of the information is borrowed from these forum posts, so the credit goes to these guys for writing up what they did:
http://www.gmforum.com/4t65e-hd-147/installing-shift-kit-4t65-hd-transmission-279684/
http://ls1tech.com/forums/ls4-performance/1311880-trans-go-shift-kit-installed-first-impressions.html
http://ls1tech.com/forums/ls4-performance/628840-shift-kit-install-very-detailed-56k-go-watch-movie.html
http://www.w-body.com/showthread.php/32132-4T65E-Do-It-Yourself-Shift-Kit-Instructions-and-Install-Guide 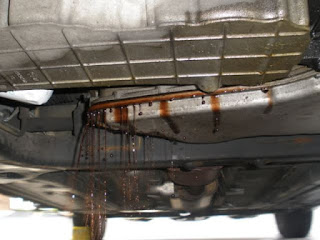 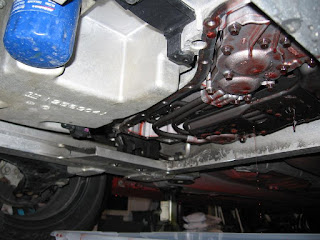 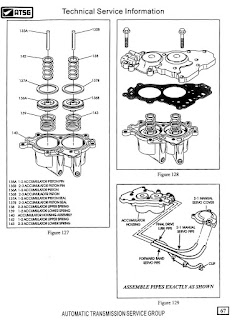 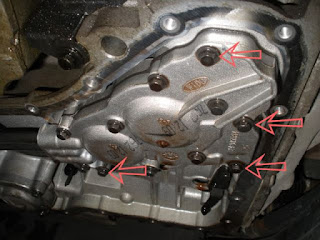 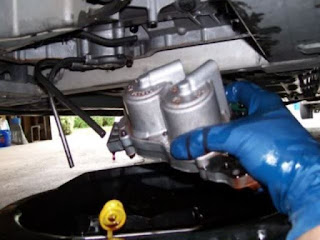 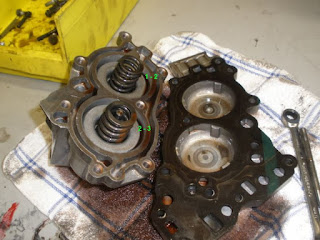 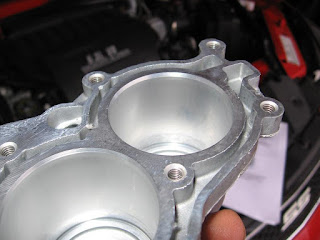 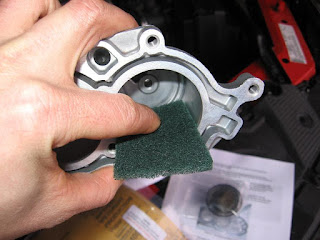 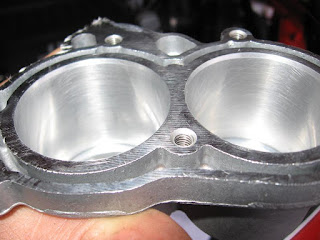 Putting things back together

Try to get everything clean, and keep it clean.
The bolts that hold the accumulator together, and the 4 that bolt it to the transmission should be torqued to 97 inch pounds .
To put the new filter on, locate it and carefully tap the neck back into place with a plastic mallet.
The pan seal/gasket should be reusable if its the rubber coated steel type. Pan on, bolts in and done up finger tight, gradually tighten each bolt alternating between sides, then torque each one to 120 inch pounds, go around one last time to make sure you didn't miss one.
Just shy of 8 quarts came out. I put a full 8 back in:
Tip about 6 to 7 quarts back in, start the engine, go through the gears, check the level between putting about 1/2 a quart in at a time, until it's full, I then did a little forwards and backwards on the driveway, topped it off to full mark again, then took it for a drive, after that the last 1/2 a quart to the full 8 brought it up to about half way on the dipstick, and this is where I left it rather than crack the next bottle open.
Since the battery will have been disconnected for a while, the PCM will reset, gear shifts etc may be a little different for a couple of days until it's finished relearning.

One thing none of them mention are the torque settings for the bolts:
You will need an inch pound torque wrench.
I found the pan bolts on mine were barely tight when I undid them.
Posted by Lonney at 10:10 AM
Labels: Cars, Chevy_Impala
Newer Post Older Post Home